A visit to Comic Con with my daughter, Naomi Grossman

I accompanied my daughter, Naomi Grossman, to the first Comic Con presented in Cheyenne, Wyoming, on May 13-15. She was booked there as the actor who portrayed the character of Pepper for two seasons on American Horror Story. I had heard so much about these zany, fun events.  I had even attended one before at Buffalo Thunder north of Santa Fe.

I saw this event as a chance to spend some good mother/daughter time with Naomi. The Comic Con delivered way past my expectations. Nothing like lots of fun together to reinforce a bond that had been a bit strained over the publication of my memoir, Coming of Age: Come Rain or Come Shine.

The Comic Con was held at a hotel complex a few miles from the center of Cheyenne. Picture a gigantic ballroom filled with tables displaying art work, photography, crafts, costumes, and publications—all related to action figures in comic books, stars of horror movies and TV programs, and science fiction in many forms. Fans flock to buy these articles autographed by the stars and presenters, or pay to have “selfies” taken with them.

This photo is of me in front of Naomi’s display table. I hold a Pepper doll fashioned from balloons, made by a balloon artist we met there. I wear a goofy hat made of balloons.  Most of the people who attend Comic Cons wear costumes. The event feels like Halloween, everyone playing make believe. I have seldom been with so many happy people at any one time.

Naomi and I both fell in love with the Pepper doll. I brought her home to New Mexico and in an effort to preserve Pepper, because she was leaking air and shrinking, I had her digitally photographed in Taos by Barry Norris. Naomi now has a poster of this beloved image. 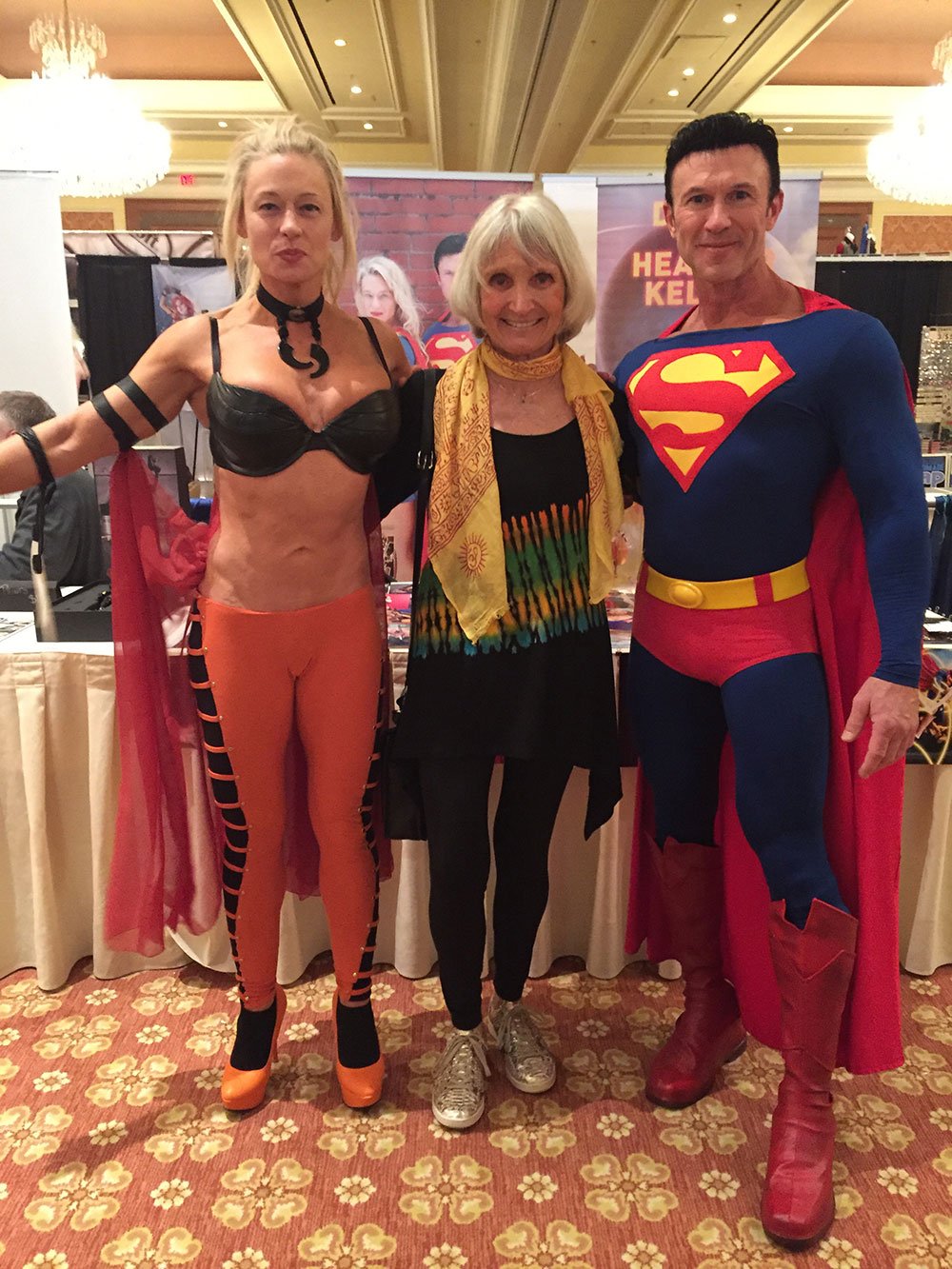 Photo of me with Superman and wife

I asked Superman, one of the presenters, if he’d pose with me for a photo. He wanted to include his wife as well. For many, these Comic Cons are family affairs.

I’m sure these descriptions do not do justice to the event they portray. Attending one of these is like a trip into a land of pretending, a chance for many to indulge suppressed desires, put on hold any problems from the “real world” and have a great time.