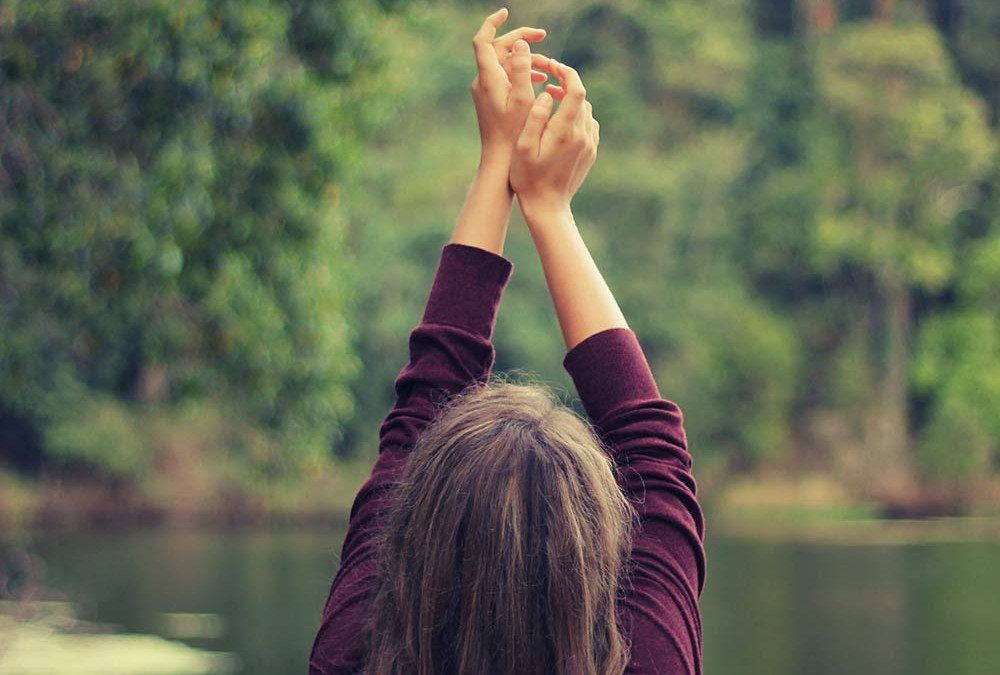 Creativity and Spirituality. Big concepts. And how is one linked to the other?

I’ll focus on how my life has been enriched by chance encounters with utter strangers. These happenings appear mystical, magical, and spiritual.

This doesn’t happen often. And it only happens if one has a mind-set of openness. One has to be open to the possibility of having a meaningful experience quite by happenstance, anywhere and anytime.

The first one I’ll relate occurred in a most unlikely place: Wal-Mart. What are the chances something creative and spiritual will happen in Wally-world?

I was standing there one day in a check-out line. I noticed the tall, lanky, middle-aged man in front of me—and the items he was putting on the conveyor belt: five boxes of kitchen matches and four 10-packs of mini-boxes. It looked to me like a lifetime supply of matches. I couldn’t keep quiet. I exclaimed, “Wow! That looks like an order for a pyromaniac!”

My brash observation opened up a dialogue.

He smiled . “Yeah, I got tired of always looking for a match. I’d be out in my workshop and for the life of me I couldn’t lay my hands on one. Now I won’t have to yell at my wife, ‘Where are the matches?’”

Then our conversation turned to politics. The frustration of not finding a match evolved into the angst produced in the country by the Iraq war. His face darkened as he mentioned having served in Vietnam. The young checker must have overheard us because as she handed him his plastic sack full of matches, she said, “Pleased to meet you.” Later, after the man was gone, she said, “Whenever I run across someone who’s been over there, I always tell him I’m glad to meet him.”

There you go: a lesson in gratitude and appreciation in a check-out line.

Another of my encounters happened in Walsenburg, Co. I was on a car trip to Denver. I was taking along some shoes in bad need of repair, hoping they could be fixed quickly in the big city. My first attempt at repair had been in Taos. The repairman, after keeping the shoes for a week and ripping off half the old sole, informed me he couldn’t do the job. Even for the $38 he’d estimated.

It had occurred to me I might pass a shoe repair shop on the way to Denver. Sure enough, as I stopped at the light on Main St., what do I see but a sign “Shoe Repair” hanging in the window of a shop three doors from the corner. With a couple of parking places in front of it. “This isn’t rocket science,” I told myself, as I parked and grabbed my shoes.

The inside of the shop looked like something out of the fifties. Dusty geraniums in the window. A beige linoleum floor. Heavy shoecraft machinery. The smell of leather.

The sole (pun intended) repairman was a rangy man in his seventies wearing a baseball cap and suspenders with his worn khaki pants. His lined face, scrubbed and scraped clean of whiskers, lit up as I entered.

He took my pair of shoes and examined them carefully. He smiled when he saw how the Taos fellow had peeled away and cut off part of the old sole. He fingered the worn leather on the toes, then gazed upward. Cocking his head and with eyes dancing, he granted my unspoken wish: “I can do it.”

He nodded and smiled and laid the order on his worktable.

“Oh yeah, I better have that,” he said and finding a scrap of paper, he jotted down my name.

“Do I need a repair stub or something?”

He shrugged as if to ask “What for?”

“I should know your name,” I said.

He drew himself up tall and squaring his shoulders he said, “My name is Richard Bailey,” and flashed a dazzling smile.

He cocked his head and said, “Twelve dollars.”

“Yup,” he said. “I’m the only shoe repairman in four counties.”

When I came for the shoes, Richard Bailey was good to his word. He proudly displayed his handiwork. The black leather shone with new polish. The new soles and heels appeared to be good for my lifetime.

“Well, I never turn down money,” he said, and grinned as he accepted my twenty dollar bill.

I never saw Richard Bailey again, although I went through Walsenburg on numerous occasions. I always looked closely at his shop when I passed by. It always had a “closed” sign. It looked abandoned and desolate. I fear the four counties have lost their only shoe repairman. That I ever met him was a small miracle on Main Street.

Then there was an encounter with a man who said his name was Paul but I called him St. Paul. He turned up on Honeysuckle at the Taos Ski Valley. Not exactly a road to Damascus but decidedly spiritual. I was skiing alone, and he stopped beside me because he thought my boot was unfastened. It wasn’t, just too loose. I also got a ski lesson. He said, “When you turn, you’re lifting your leg. Keep both skis on the snow. Just follow your knee on the inside ski.”

“Follow your knee” became my mantra, all the way to the Phoenix. He was on the slope below me, observing my descent, waving his ski poles and yelling “Yes!”

Two strangers open to connect with each other because of a loose ski boot.

Have you seen the bumper sticker, “Kindness is My Religion”?

I’ll go for that.

Suddenly I’m thinking of a quote from a play by Jean Paul Sartre. The quote is: “Hell is other people.” I can’t agree. Other people can be heaven.